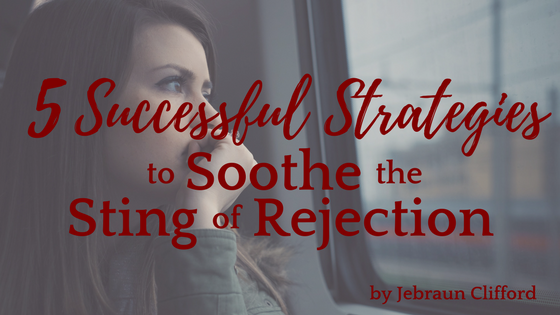 No one ever likes to hear, “nope, sorry, your manuscript/project/idea/fill-in-the-blank just isn’t good enough.”

But, unless you’re living somewhere on a deserted island, there’s no escaping rejection.

I recently entered a story in a contest and found myself on the receiving end of some less than complimentary criticism.

To put it bluntly, one judge hated my manuscript. I was accused of having monochromatic characters, stray conversations, and no clear conflict. I even got marked down for grammar.

Instantly, I was back in high school that time I told a guy I liked him, and did he like me back, and he said, ‘ya know, I’m concentrating on school right now, and I’m not really looking for a girlfriend.’ And then literally two days later he starts dating someone else, and I’m having my own private When Harry Met Sally moment (“All this time I thought he didn’t want to get married. But, the truth is, he didn’t want to marry me!”), and even though this was all years ago, and even though right now, at this moment, I disagreed with much of the judge’s assessment, the ugly head of rejection reared up, and it stung.

And then the little whispers of doubt started.

Maybe I was fooling myself.

Maybe I was no good.

Maybe I should just quit.

Fortunately, I only wallowed in this mindset for a day or two.

I personally find storytelling too compelling to give up.

Plus, I took some steps to soothe my weary soul from feeling rejected and thought I’d share them in case anyone out there is having a more difficult time than I am bouncing back after a harsh evaluation.

So what can you do to get over the sting of rejection?

1. Gather your tribe around you

We’ve all got someone who loves us and believes in us. Besides my wonderful family and friends, I’ve also got a very supportive critique group. As soon as I got the contest results, I reached out to my critique partners. They had nothing but wonderful, warm, and sincere words to share with me about my writing. I was instantly buoyed.

A few days later, I approached my blog buddies telling them what I was thinking about sharing for this month’s post. Well. They too were full of encouragement and made me feel like all my efforts were not for naught.

So find those people and hang on to them!

Seriously. Exercise is sooo great for us. It releases all kinds of feel-good endorphins, clears our head, not to mention how healthy it is for our body.

Even though it’s been weeks (months?) since my last run, I pulled out my running shoes today and set off for the Redwood Forest. My speed would be categorised more as a wog than jog (hey, don’t judge!), but it felt amazing. I came home in a much better frame of mind, though my thighs might hate me in the morning.

So get out there and move, sweat, breathe in the fresh air!

3. Rejoice in your past successes

Nobody fails at everything. Every little success should be celebrated, recorded, and replayed. And not just for posterity’s sake. It can be an instant confident boost to recall the things we were good at, the challenges we overcame, the times we won.

We’ve succeeded before, and we’ll do it again.

I had to stop and tell myself, hey, you’ve got a flash fiction piece getting published this month. Whoohoo!

The jury’s still out on whether or not I won the contest I entered it in, but no matter the outcome, I’m still a finalist.

4. Remind yourself that it’s probably not personal

Any kind of art is highly subjective. It’s kinda like ice cream. If we asked one hundred people their favourite flavour, we might possibly get one hundred different answers.

Some people aren’t going to like what we write/paint/sing the same way some crazy souls don’t agree that hokey-pokey ice cream is the bomb and should be the only flavour allowed. End of story. No more discussion. 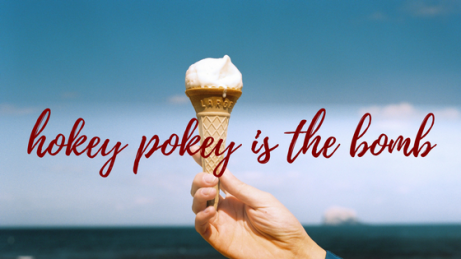 Once I got over my pity party, I looked more carefully at all three judges’ comments and saw that two of them really enjoyed the aspects that the third didn’t particularly care for. For example, where the third judge felt like the pace was too rushed, the first two thought it added excitement to the story.

I mean, maybe the third judge likes to watch paint dry. In which case, of course s/he wouldn’t like my story.

But the bottom line is, we can’t please all the people all the time. Somebody is going to not like what we write/paint/sing, and we’ve got to learn to be okay with that. We’ve got to be able to separate the criticism of our work from who we are as a person. Each of us has value and worth, and our voice is needed.

Which brings me to my final point:

5. Realise your only other option is to quit

Like I said earlier, I don’t want to give up my storytelling. Something deep in me would shrivel up and die.

But unless I’m–unless we’re–willing to be vulnerable and try again, the only other thing to do is to stop trying.

Take me and that experience with the guy in high school.

Fast forward a number of years, and I went out with this other really cool guy. I thought we had a good time, but after our date, he didn’t call me back. I deliberated for a few days (okay, one day), and then I decided, you know what? I like him. I’ll be the one to call him.

And I found out that he liked me too, but he thought I didn’t like him.

I assured him I did, and we decided to get married 😉

Of course, that’s the short version. But the point is, we’ve either got to be vulnerable, or we’ve got to quit.

And if we quit, we lose out on all sorts of opportunities. If I hadn’t called him back (because I was afraid of rejection), we never would’ve had a second date, and a third date, etc.

Brené Brown has a lot to say about the subject of vulnerability in her TED talk. I found this subject to be fascinating, and it’s one of the top five most-listened-to TED talks out there, so it’s worth the twenty minutes! Her research discovered that the happiest and most fulfilled people are those with the most vulnerability. Those who keep going. Those who look for the next opportunity.

Until next time, be blessed!

Jebraun Clifford always wanted to step through a door into an imaginary kingdom, so it’s no surprise she now calls Middle Earth home. Too short to be an elf and too tall to be a Hobbit, she lives in a gorgeous town smack-dab in the centre of New Zealand’s North Island filled with thermal activity, stunning lakes, and enough Redwoods to make her California heart swoon. Her unpublished YA fantasy, The Two Queens of Kyrie, won both the American Christian Fiction Writer’s 2015 First Impressions contest and the 2016 Genesis contest. She loves coffee, tree ferns, dark chocolate, and Jesus, and harbours a secret penchant for British spelling.

How do you deal with rejection? Let us know in the comments!